Home » TYPES » Bulbs » Ledebouria ovatifolia
Back to Category Overview
Total images in all categories: 11,903
Total number of hits on all images: 7,148,834 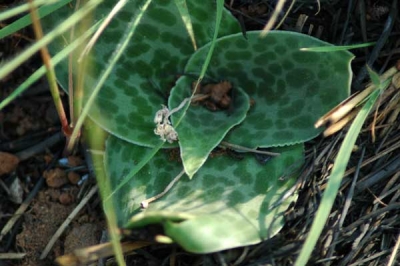 This Ledebouria ovatifolia was photographed in Gauteng grassland. The large purple leaf spots are distinctive.

L. ovatifolia occurs from the Eastern Cape to tropical Africa as well as in Asia, as far as Sri Lanka!  It grows in stony grassland to altitudes around 1980 m.

Ledebourias are common in open grassland in big parts of southern Africa and are sometimes recognizable by leaf markings, more certainty possible when checking the shape of the bulbs.

There is also a species known as L. ovalifolia found in the Western Cape (Carruthers, 1990; www.pacificbulbsociety.com).