Home » TYPES » Ferns » Cheilanthes hastata
Back to Category Overview
Total images in all categories: 11,230
Total number of hits on all images: 5,942,307 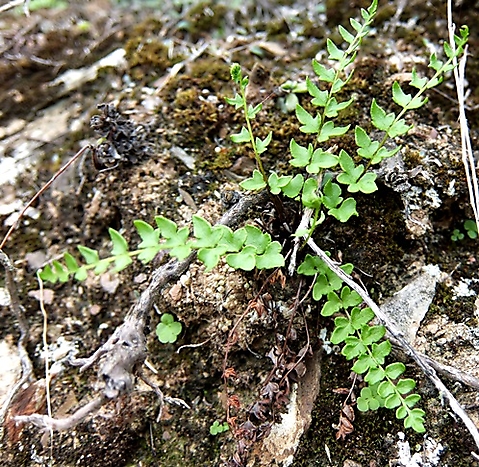 Cheilanthes hastata, commonly the spear lipfern, is a small, evergreen or winter-growing fern reaching heights around 20 cm. The plants grow from rhizomes.

The species distribution is widespread in the Western Cape, in the west of the Northern Cape and the southwest of Namibia. The photo was taken in the Kammanassie in the Little Karoo.

The habitat is rocky, secluded places, the plants often hiding under bushes such as in renosterveld where they survive drought and respond to moisture promptly. The species is not considered to be threatened in its habitat early in the twenty first century (Curtis-Scott, et al, 2020; iNaturalist; Wikipedia; http://redlist.sanbi.org).