Home » GENERA B » Babiana » Babiana curviscapa
Back to Category Overview
Total images in all categories: 11,903
Total number of hits on all images: 7,148,447 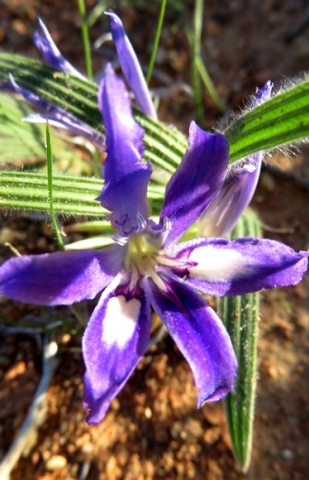 Previous
Image 5 of 26
Next

The long-tubed (4 cm) bluish purple or magenta flowers have hairless ovaries. Flowering happens late in winter and early in spring.

The species grows in Namaqualand in the Northern Cape from Steinkopf to Bitterfontein.

The habitat is arid, winter rainfall sandy and gravelly flats in open scrub. The species is not considered to be threatened in its habitat early in the twenty first century (Manning, 2009; iNaturalist; http://redlist.sanbi.org).