Home » GENERA P » Polygala » Polygala virgata
Back to Category Overview
Total images in all categories: 11,638
Total number of hits on all images: 6,756,997 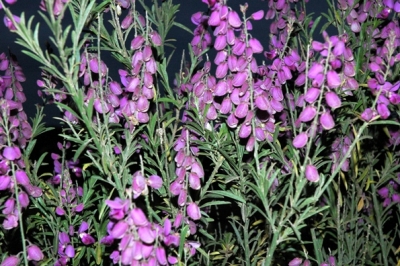 Polygala virgata, the purple broom is a slender, single stem, erect plant with very striking pink-purple flowers that make it popular with gardeners. The plant has leaves only near its top; the leaves being elliptic, sometimes very narrow. Flowers are produced in slender arching racemes.

This photo was taken near Kaapsche Hoop. The distribution of the species ranges from the southern Cape to tropical Africa (Manning, 2007).