Home » TYPES » Herbs » Utricularia bisquamata
Back to Category Overview
Total images in all categories: 10,352
Total number of hits on all images: 5,055,927 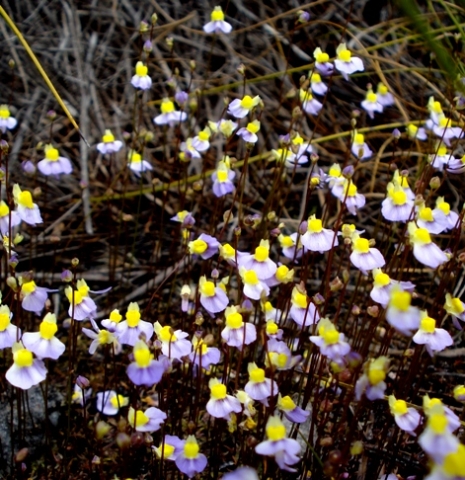 These plants are found through most of southern Africa and as far as Angola, excepting some of the dry, central inland. It occurs in all South African provinces apart from the Free State and North West. It also occurs on Madagascar and the only member of this large genus found amon the fynbos. The photo was taken near Bainskloof during October.

The plant's habitat is boggy, acidic sandstone soils. The species is not considered to be threatened in its habitat early in the twenty first century (Manning, 2007; iSpot; Wikipedia; http://redlist.sanbi.org).