Home » TYPES » Herbs » Xysmalobium involucratum
Back to Category Overview
Total images in all categories: 11,019
Total number of hits on all images: 5,657,565 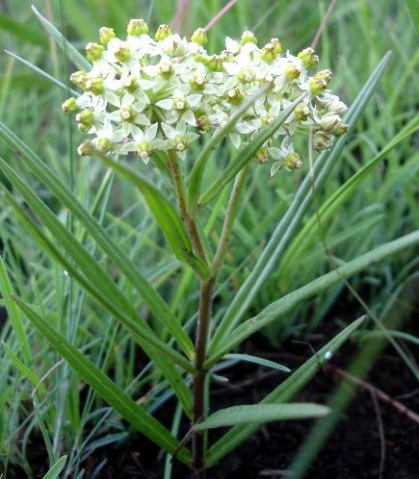 Xysmalobium involucratum, the scented xysmalobium or in Afrikaans hongersnoodwortel (famine root), is a perennial herb. Milky latex appears when the plant surface is damaged.

The erect or decumbent stem (or up to three stems) reach a maximum of 36 cm in height, growing from a carrot-like stem-tuber. Stems are variably hairy and maroon, green or pale yellow in colour.

The leaves grow opposite or in whorls on short stalks. They are narrow and up to 13 cm long, sometimes hairy on both surfaces. The leaf folds inwards along the prominent whitish midrib; there are also parallel lateral veins across the narrow lateral blades.

The plant grows widespread in the southeast of South Africa, while recorded to some extent in all provinces barring Limpopo. It is also found in Lesotho. The habitat is grassland from the coast to high elevations. The species is not considered to be threatened in its habitat early in the twenty first century.