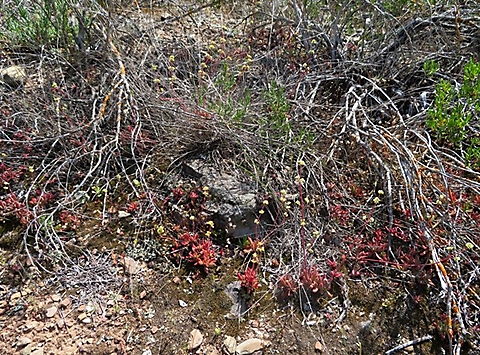 Crassula pubescens subsp. pubescens is a dwarf leaf succulent reaching heights from 10 cm to 40 cm when in flower. This perennial is variable, somewhat like C. nudicaulis that does not have appendages to its petals.

The habitat is rocky slopes among scrub, on outcrops and in crevices. None of the three subspecies is considered to be threatened in its habitat early in the twenty first century (Vlok and Schutte-Vlok, 2015; Bond and Goldblatt, 1984; iNaturalist; Wikipedia; http://redlist.sanbi.org).