Home » TYPES » Shrubs » Athanasia trifurcata
Back to Category Overview
Total images in all categories: 8,960
Total number of hits on all images: 3,971,272 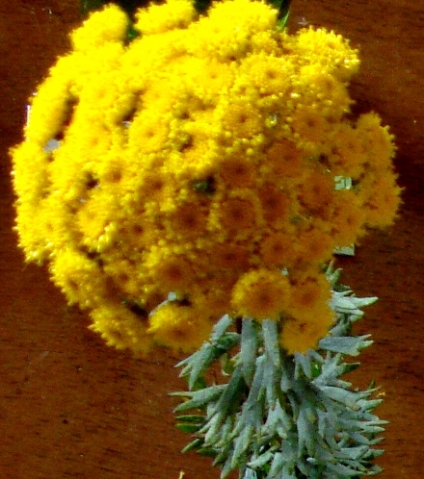 Athanasia trifurcata, the klaaslouwbos, is a shrub growing erect branches from a single stem to 1,5 m in height.

A. trifurcata distribution is widespread from Namaqualand to the southern Cape and the Little Karoo to Port Elizabeth. The habitat is flats and rocky slopes among various vegetation types. It may invade fields lying fallow for long periods, patches of degraded soil and disturbed land at roadsides.

An Afrikaans common name, kouterbos (colter bush), originates from the trouble farmers experienced with the branches of this plant collecting on the colter of their ploughs, requiring them to stop and remove the plant debris. The colter is a sharp blade or wheel-like disc with sharp edge attached to the beam of a plough, acting as a cutter of the ground ahead of the ploughshare (Vlok and Schutte-Vlok, 2010; Manning, 2007).