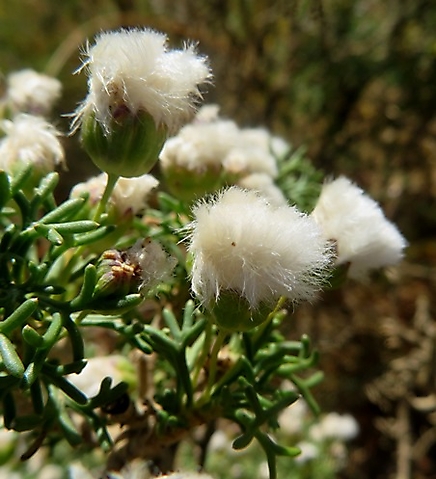 After flowering, the Euryops multifidus fruitheads are conspicuously white and fluffy on top. Before this white growth elongates, the brown blades of withered rays linger for a while over the head.

The soft white hairs differ from the typical Euryops pappus appearance of barbed bristles. The plant also used to be called kapokbossie (little snow bush) in Afrikaans, like several Eriocephalus bushes, on account of their hairy fruits (Manning, 2007; Manning and Goldblatt, 1996; Bond and Goldblatt, 1984; iNaturalist).